Each system is equipped with software processes that allow the user to recover any items deleted from the system by mistake. Similarly, for active directories, any AD object removed from a domain can be recovered. This is where the Active Directory Recycle Bin comes into play.

When there was no AD recycle bin, users had to back up their active directories continuously. The users stored these backups in external storage to recover applications or AD objects once they were deleted and in the tombstone phase. To avoid backups and managing storage, the AD recycle bin was introduced.

An Active Directory(AD) is a vivid database. It is a package of services and tools that host devices to connect to a particular network. They get their work done using the network resources allocated to them by the administrator.

An AD recycle bin has a function similar to the regular recycle bin. It stores the attributes and data of all deleted AD objects and applications until it is recovered. The admin can also set a timer in the AD recycle to delete all removed items after a certain period automatically. Windows Server 2008 R2 introduced this software.

Steps to restore items from the AD recycle bin 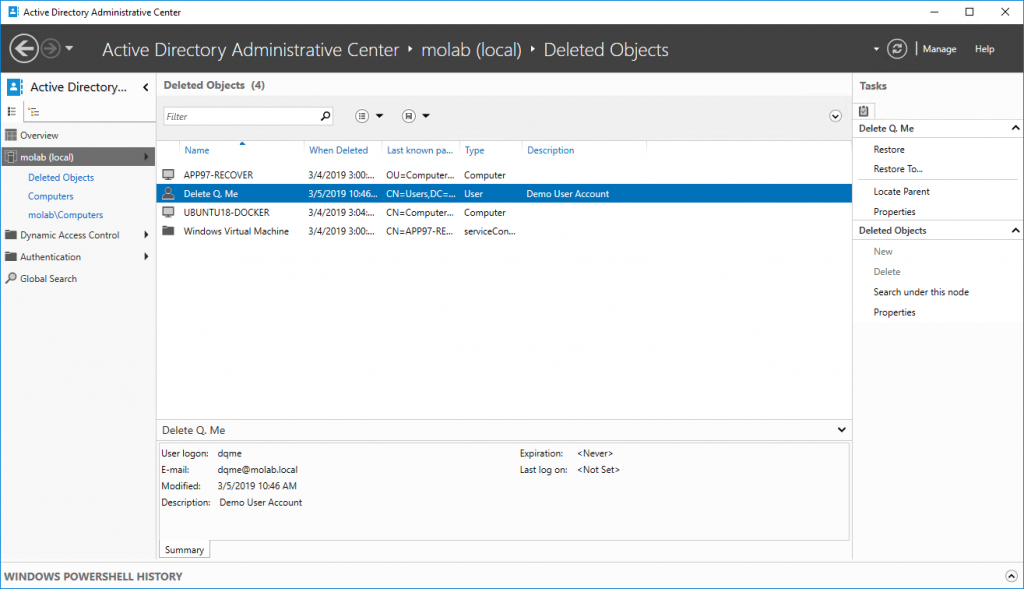 As the AD recycle bin is a part of the Active Directory Administrative Control (ADAC), when an AD object is deleted from the active directory, it shows in the ADAC portal. The user can easily tap on the deleted application and select ‘restore’ to restore the selected application.