In this program, you will learn to swap two numbers in the C language using a third temporary variable. 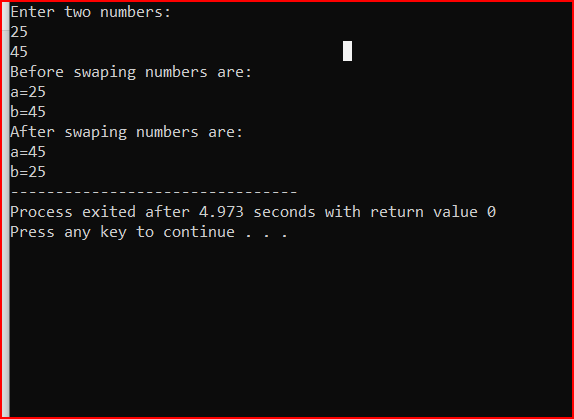 In the above program, the user is asked to enter two values.

float temp; by declaring this temporary variable ‘temp’ we will swap the numbers entered by the user.

Hence the values entered by the user are swapped.