We can also declare strings using pointers. In this article, we will learn how to do the same. 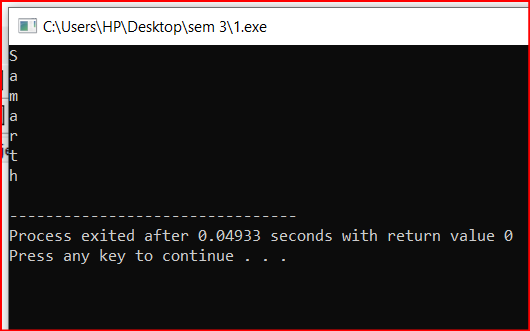 ‘name’ is declared as a string variable of type ‘char’. ‘p’ is a pointer. Since we want ‘p’ to point to the ‘name’ that’s why it is also declared with ‘char’ datatype.

Since we know every string is terminated with the null character that’s we use this condition in the ‘while’ loop. When the value of ‘*p’ becomes ‘\0’ (null) the loop will terminate.

This continues until the pointer encounters with null character and as the value becomes equal to ‘\0’, the loop gets terminated.