How to Create a Role Hierarchy in Salesforce

Users up in the hierarchy, such as the CEO, executives, etc., need to view a lot of data.

Salesforce has the perfect tool to implement this 🡪 Role Hierarchy!

Role Hierarchy enables Users at any role level to view, edit and report on all data owned by those below them in the role hierarchy.

A role hierarchy and the sharing settings decide the levels of access users have to the org data.

Creating a role hierarchy is a piece of cake once you have a clear image of your business’s hierarchy.

A best practice when creating a role hierarchy would be to consolidate similar job titles into a single role wherever possible.

1. From Setup, enter Roles in the Quick Find Box, and click Roles.

2. If you’re directed to an introductory page called Understanding Roles, click Set Up Roles to be redirected to the actual tool.

3. Once you’ve accessed the tool, from the drop-down menu on the right, select Show in tree view, and work with either the list view or the tree view for a better picture of the hierarchy. 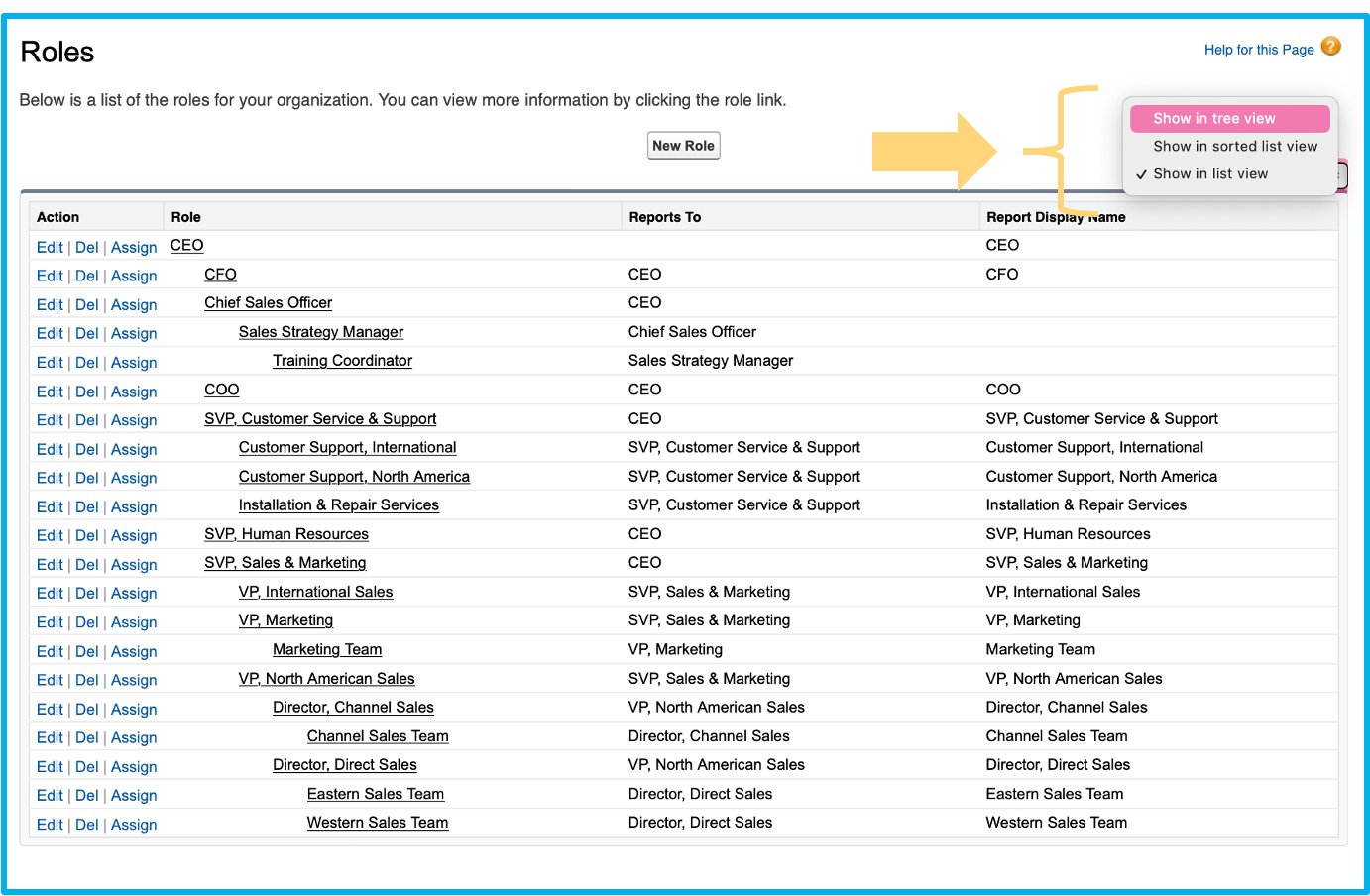 If you have a pre-defined role hierarchy, fret not. You can still follow along to create new roles.

4. If your role hierarchy does not have a CEO, from just under the company name, click Add Role. Otherwise, click Edit next to CEO.

5. Enter the following:
Label: CEO
Role Name (should auto-populate with CEO): CEO
This role reports to: Select the name of your company by clicking on the lookup icon.
Role Name as displayed on reports: CEO 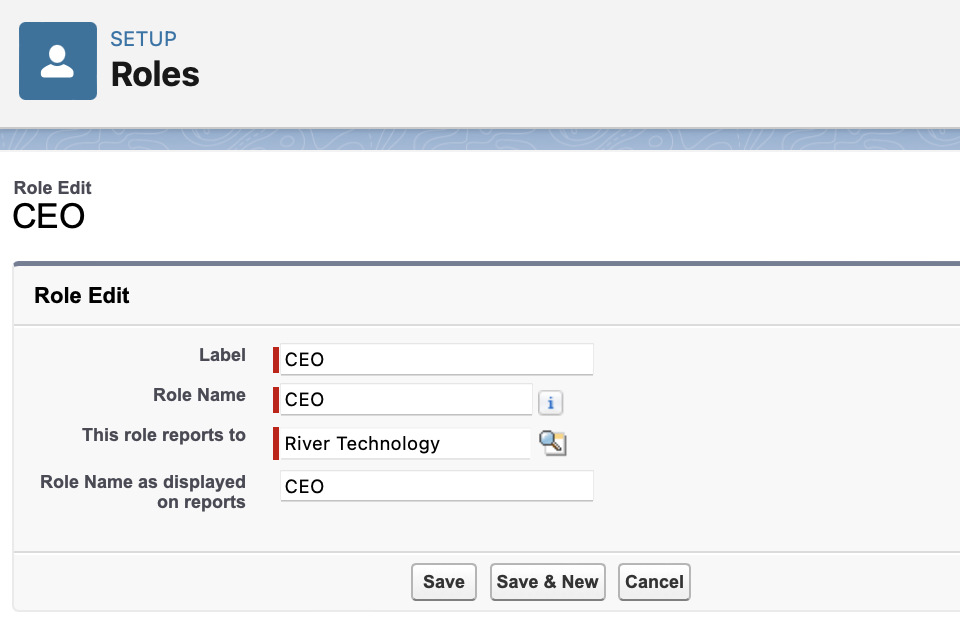 Now that we’ve created the role, let’s assign a User to the role. If you’re not already on the tree view for Role Hierarchy, from Setup, navigate to the Roles page.

2. Select the name of the User you want to assign to the role and click Add. 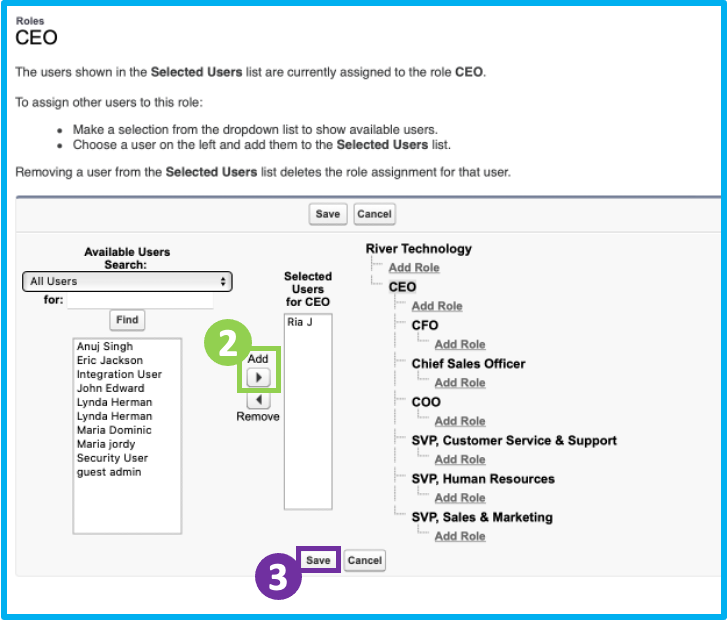