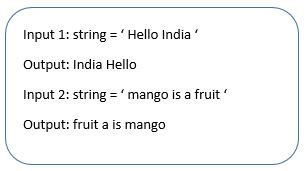 To find the second largest number in the lists we have used two methods:

So, the printed max number is the second largest number in the original given list.