CSS can be added into our website in following three ways:

As discussed above, we have already created a file with name “style.css” in folder “styles”. But, our HTML file i.e. index.html doesn’t know its location. Therefore, we need to add given code in the header section [between <head> and </head>] of our HTML file:

As of now, we have just added the location of CSS file but no code into our CSS file. Thus, the output looks something like this: 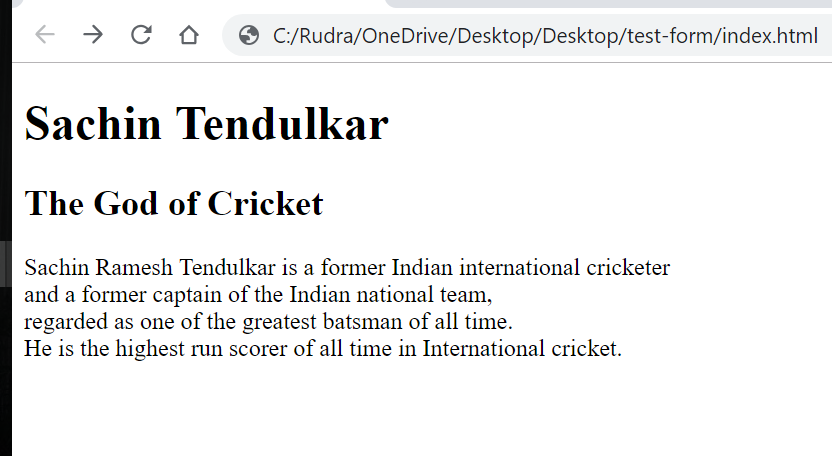 Now we will add codes into our CSS file. We will make the Header Red, Sub Header Blue and the paragraph Green as mentioned below: 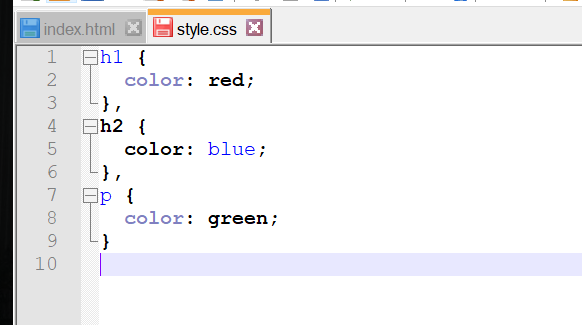 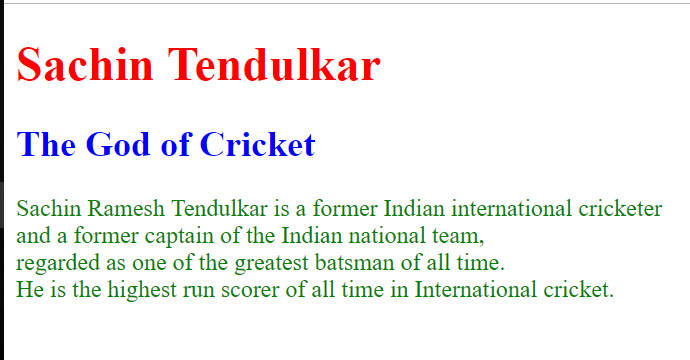 From above example, we can derive that a CSS code includes following: 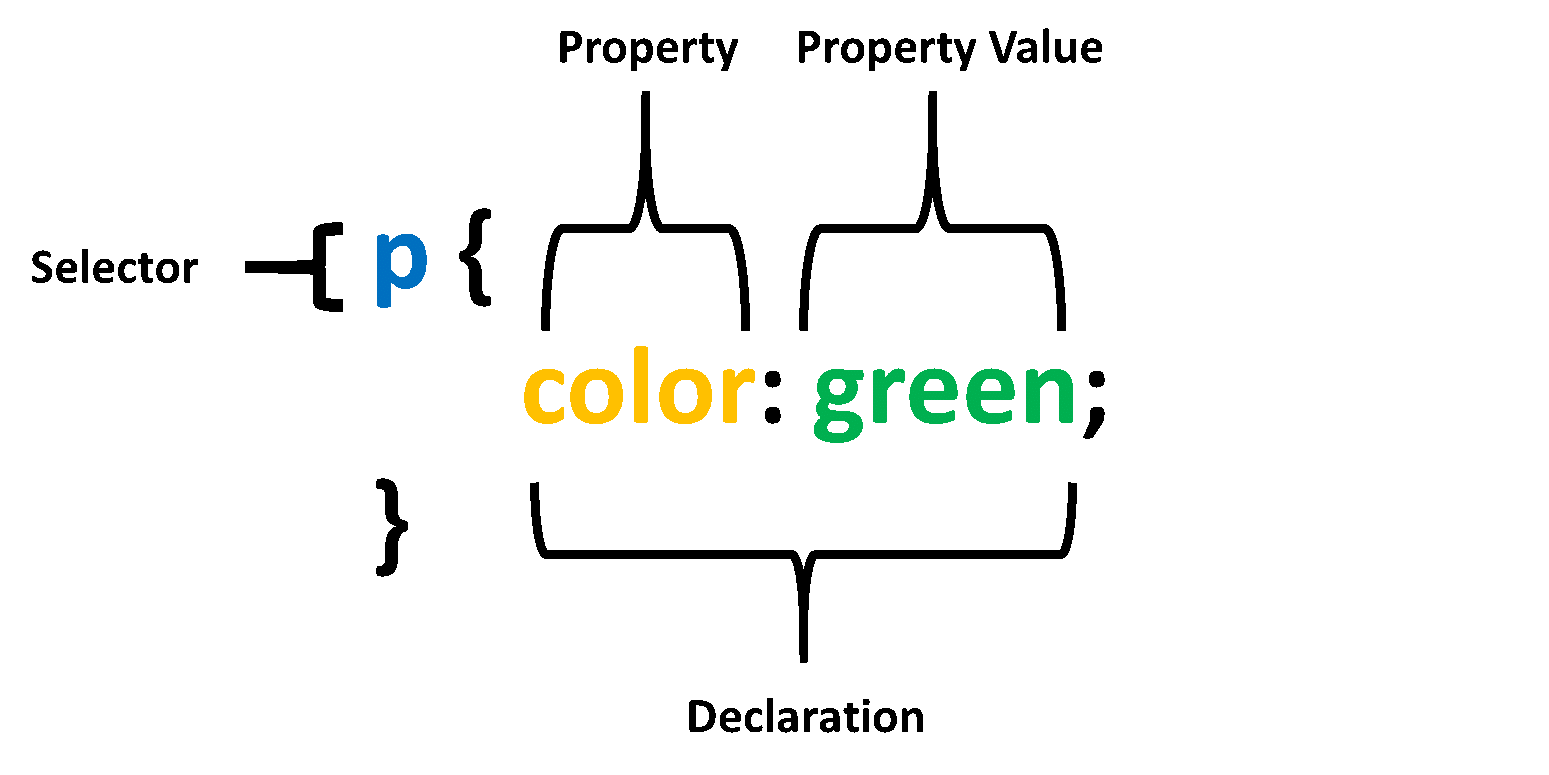 In above examples, we have used an external CSS file to place our styling code, but you can also add all these codes altogether with HTML code. For that, you need to add CSS under <style> </style> within the header section [between <head> and </head>] of HTML. This can be better understood from given example: 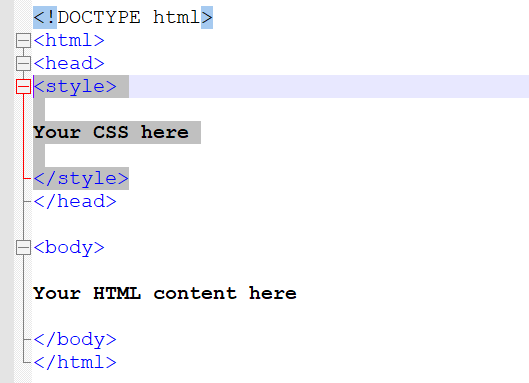 We will take our old example of Sachin Tendulkar. We will remove the link between External CSS and add same CSS within our HTML code: 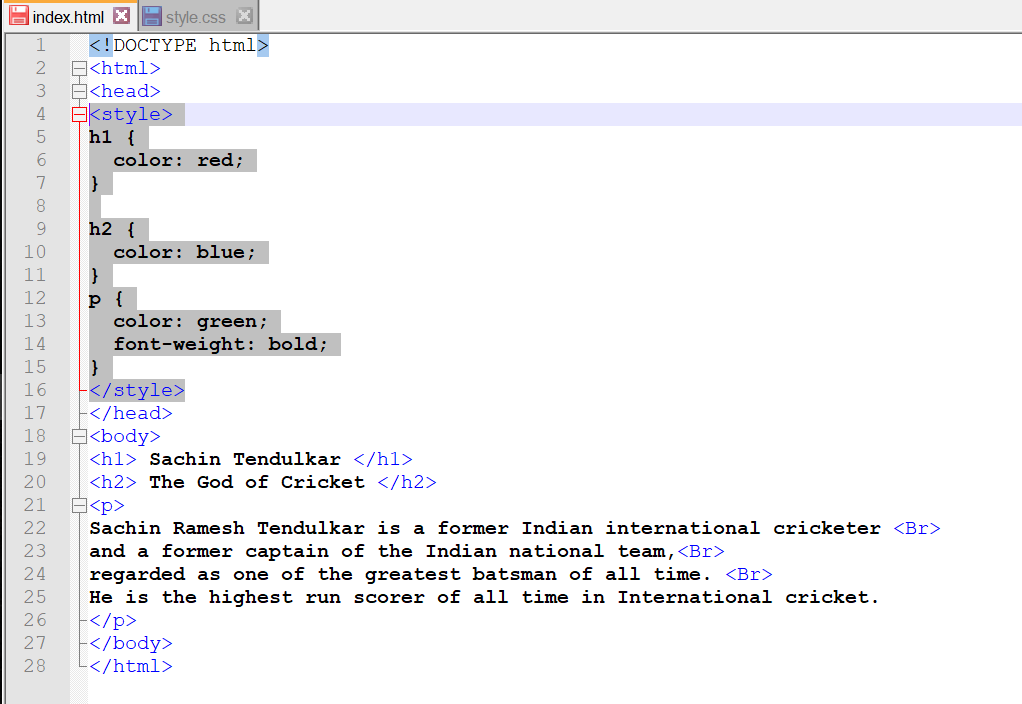 Here, we have just added an extra CSS declaration for <p> tag and made it bold. Thus, the output looks something like this: 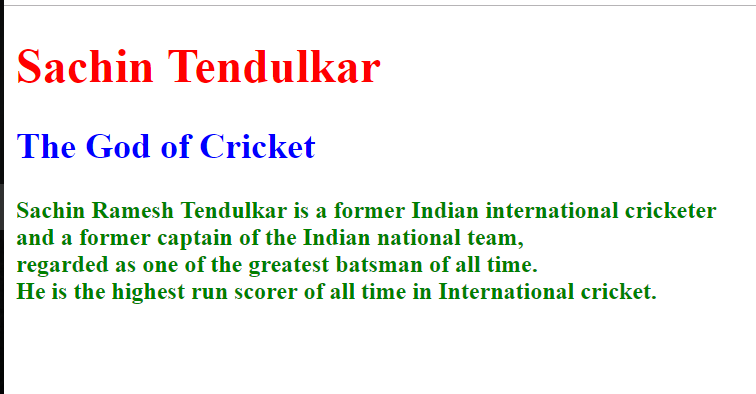 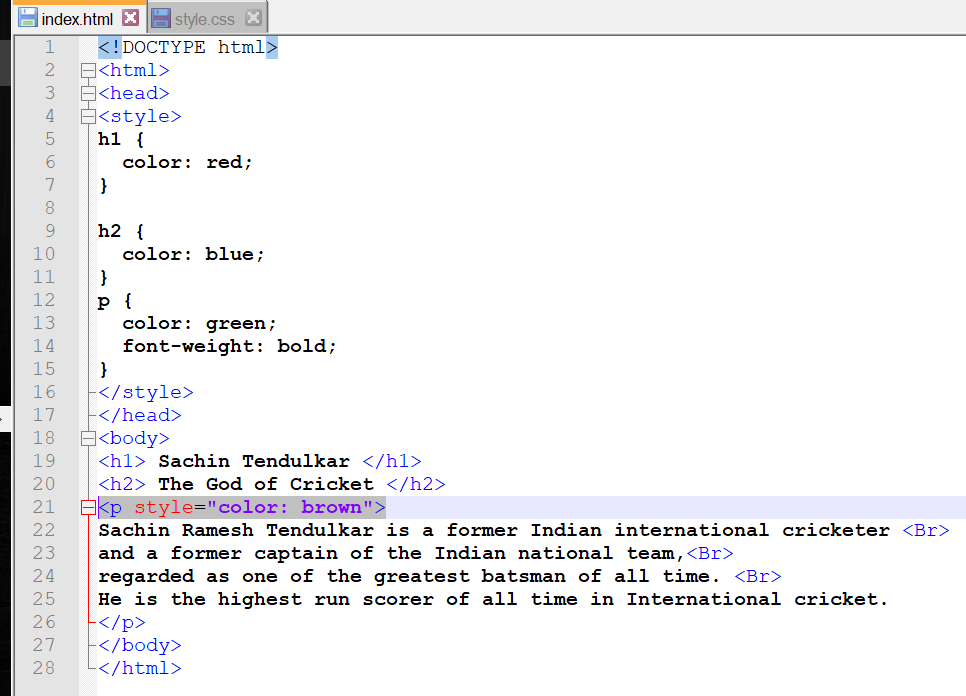 In the previous example, we will just add one inline style with internal CSS.

Thus, the output will be as shown below: 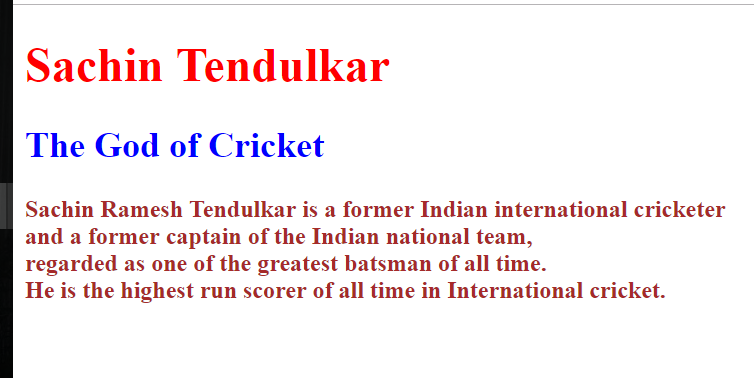 From above example, we can also conclude that an Inline CSS can override another type of CSS. Thus, the priority of CSS that will be followed by the webpage will be as follow: