What is an Active Directory?

Particular networks consist of various services and resources that are available for use. However, these should not be accessible by every device which connects to that certain network. IT administrators implement certain tools and services to allocate different devices operating on the same network to different authoritarian levels. Such tools and services are a form of directory service known as active directory.

An Active Directory(AD) is a vivid database and package of services and tools that hosts devices to connect to a particular network. It gets their work done using the network resources allocated to them by the administrator. An AD is divided into three distinct branches: domains, trees, and forests.

AD is a form of directory. It stores a large database of information about various AD objects that belong to the same network. For instance, printers, computers, shared folders, applications, etc. However, the information for each type of AD object tends to vary largely. For example, the AD server records their username, password, IP address, and SID( security identifier) for users. 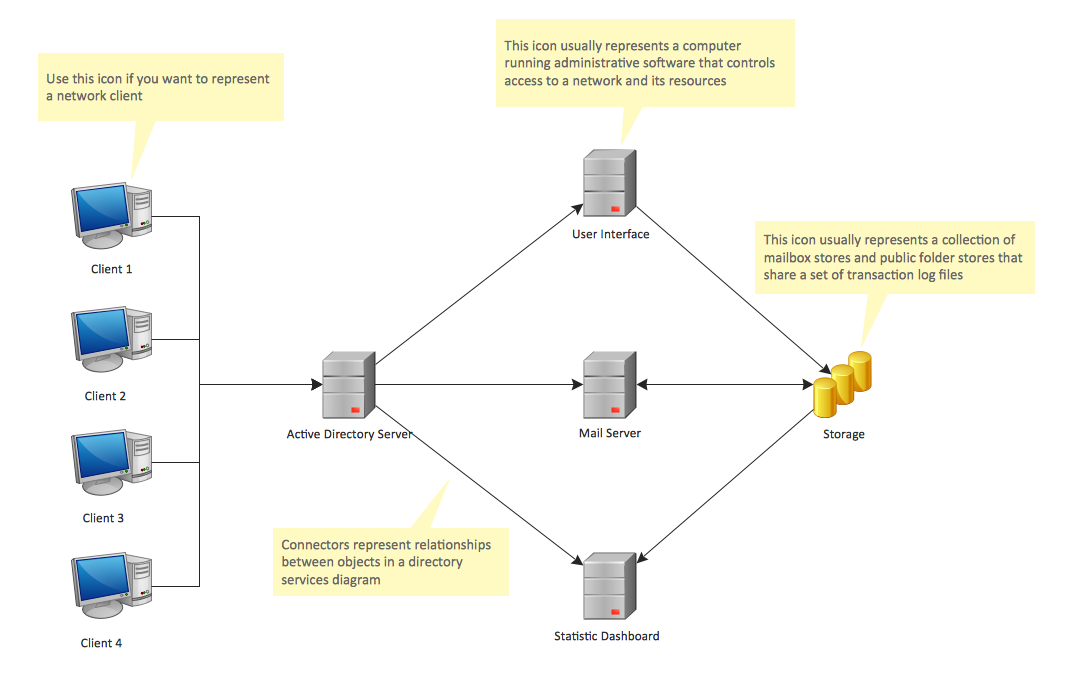 Steps to implement an Active Directory

Microsoft specifically develops an active directory. The core of an active directory is the windows server computers which store, backs up information, and relays the same to the mail servers, statistic dashboard, and UI of the computer. The reason an AD depends on more than one computer is due to the high load of information. As an organization implements its network, more and more devices join the same network, which needs more windows server computers to avoid errors in loading and supply network resources to clients from the storage, as shown above. These server computers are known as domain controllers as they provide instant backup if one server fails or becomes faulty.