What comes to your mind when someone asks you “what do you find mysterious?” Well, there are a million answers that one can think of. For example, you may find someone’s behavior or actions strange, you may think of the Bermuda Triangle, or those paranormal activities may catch your attention, or what about the time? Does it really exist? How does it work? Truly, there are so many things that puzzle us most of the time. Most of us believe that nothing is more peculiar than the universe itself! This ginormous place of galaxies, black holes, and planets,… (you name it, we include it, and this list will just go on like that) has so much to offer us, but at the same time, it leaves us with some mind-boggling questions that are really fascinating. However, it throws us into a never-ending, exhausting journey. If we look at the bigger picture, then we can say that nature is weird, and it comprises every damn living or non-living thing, an eco-system, etc., and the universe is just a part of it! What if someone tells you that science has all the answers? Then it will be a eureka moment for us. It may seem easy at first but we have to go through a lot of conundrums to solve the mystery. One of the most bizarre topics that we are going to talk about is quantum physics, the mind-blowing theory of modern physics which may help us find some interesting facts about nature.

Imagine you are driving a car. While driving, there are several parameters that you consider. For example, what should be the speed? What about the velocity? When you are going to press the accelerator, should the speed be slow or fast? How far you have come, when you are going to stop, etc. All these parameters can be solved using classical mechanics. This is all about the things that are visible and sensed by our brain. By using the sophisticated system of math and physics, we can measure certain quantities. Among all these, the most fundamental entity we can think of is an atom. Does it have any connection with quantum mechanics? Is it even possible to talk about an atom that cannot be seen with the naked eye? If we get into the nitty-gritty, it will leave us awestruck with some really difficult ideas about different subatomic particles. Wait a minute! Why is it so herculean to comprehend this subtle idea of quantum mechanics? Well, the spectrum of human perception is not big enough to perceive the spooky actions that happen at such a minute level.

What is Quantum Mechanics exactly?

Quantum means discrete quantity i.e. the smallest bit of something. For instance, a single water molecule from the Pacific Ocean or a speck of dust. Mechanics means the behavior and motion of something. So this term together stands for the interaction and motion of individual objects of a bigger quantity. But what if we want to study the constituent particles that are smaller than an atom? To predict the activities that are going on at the subatomic scale, we need a wave function which is typically a mathematical function. For example, using a wave function it is possible to find the location of a particle. This is just a small part of this tiny realm about what it truly means. To understand the underpinnings of quantum strangeness let’s talk about the double-slit experiment. Which was performed by one of the greatest scientists of the 18th century Thomas young.

Think of an experimental setup shown in the given figure. 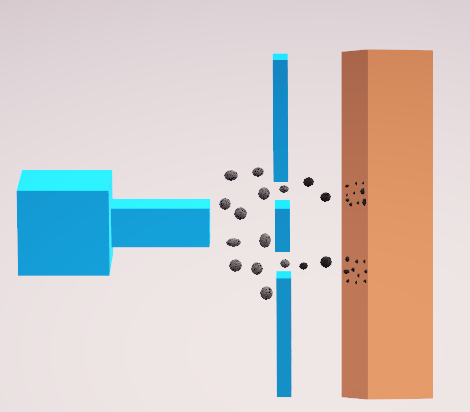 Marble can be thought as a particle. Now replace the source of marble with a source of light. Light behaves like a wave. The pattern of dark and light fringes can be shown as following. There will be an interference: Constructive (Bright) and Destructive (light). 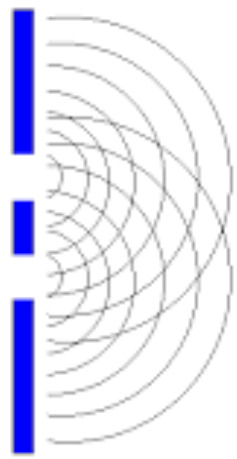 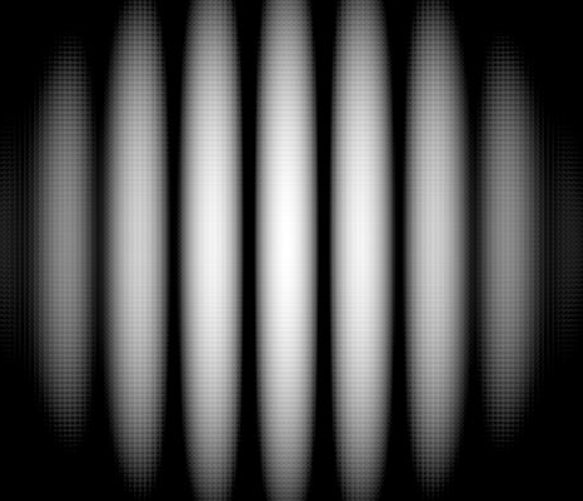 This is the real picture of interference. Here Diffraction also plays a role. As of now, we won’t get into the nitty gritty of it.

Think of a beam consists of electrons. As we all are aware, electrons are particles. Block one slit and let electrons pass through another slit. The pattern will be as similar to the pattern made with marbles (a single band). However, when they pass through double slits, they must behave like marbles as per our understanding (figure 1, two bands). However, they exactly behave like a wave and create the interference pattern.

Here is what is more interesting, in 2nd case if we choose to shoot electrons one at a time, there will be a single spot on the screen and no chance of interference. However, after some time the entire pattern is similar to the pattern of a wave. You may think, how it can be possible! Does the electron divide itself into two particles initially and later interfere with each other after passing through slits to hit the screen? Which slit an electron goes through? To observe this carefully, one idea is to place a detector by slits and watch over the electrons! It may sound funny but when we do that they behave like marbles and create the two bands’ pattern. Do electrons really know which slit they are going to pass through? This arises the question does an electron behave like a particle or wave? which leads to a wonderful phenomenon wave-particle duality. 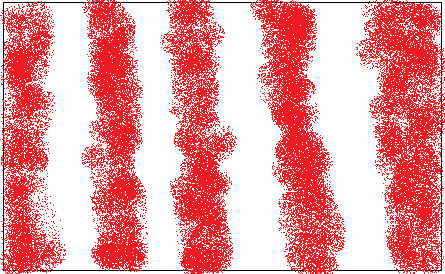