Let us understand Lock Objects in SAP ABAP from a real life scenario. Have you ever booked a seat in a bus or a seat for movie online? If yes, you might have faced a situation where you were doing the booking and the seat got locked, it means the seat will be locked permanently on your name if you pay for it or will be unlocked after certain time period if you denied payment. This is an example of table lock, where the same seat cannot be booked by two different people. This feature in SAP ABAP is called Lock Objects.

Below is the online portal of Movie tickets seat selection page. 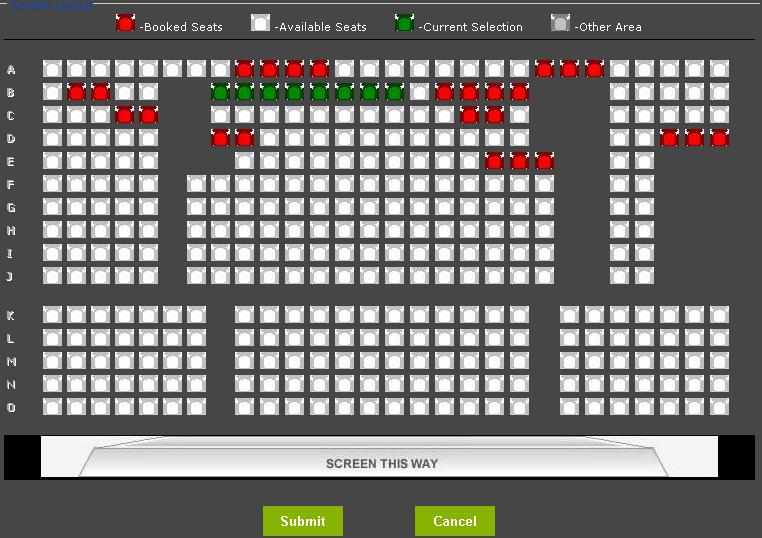 Here the red seats are the permanently locked seat; green seats are the one which is locked temporarily. Lock objects locks a table temporarily till the operation is performed on the table.

Lock Objects in SAP ABAP are global reusable component which generates function modules that are used to set and release locks on data record. This lock mechanism is important to synchronize access of same data record by multiple programs/users.

Step 02: Click Lock Objects Radio Button from the given radio buttons.  Give your Lock Objects name starting with EZ or EY e.g. “EZBarry_lock”.

Note: The name of your lock object must begin with E. Here E defines Enqueue.

Step 04: In the Attributes section, you can maintain the following:

*Note: If you enable the RFC for an existing Lock, before activating the lock object, you must ensure that the generated FMs that were called by your ABAP Programs are having the appropriate Parameters.

Step 05: In the Tables section, you can maintain the following:

Lock Mode: On a single table, multiple users can set their own lock by creating their own Lock Objects, the given lock mode enables one or all of them access over the table at the same time.

Step 06: In the Lock Parameter section, you can maintain the following:

Step 07: Save it, check for Error and activate your Lock Object.

*NOTE: There are more topics left in Lock Objects in SAP ABAP like Function Modules of Lock Objects, _SCOPE Parameters, etc that will be discussed in upcoming articles.