Suppose you have to abuse your friend in public and you don’t want others to know that you are abusing. What will you do? Probably, you will come with a new word such that your friend will understand that you are abusing but the others will not. This word you just have coined is for the moment and might not be used again, ever. These types of words are termed as Nonce words in English language. The same concept is utilized in cryptographic communication to improve its security. In this article we will explore more about it.

What is a Nonce in Cryptography

In cryptography, a nonce is a random number that can be used only once in a cryptographic communication. 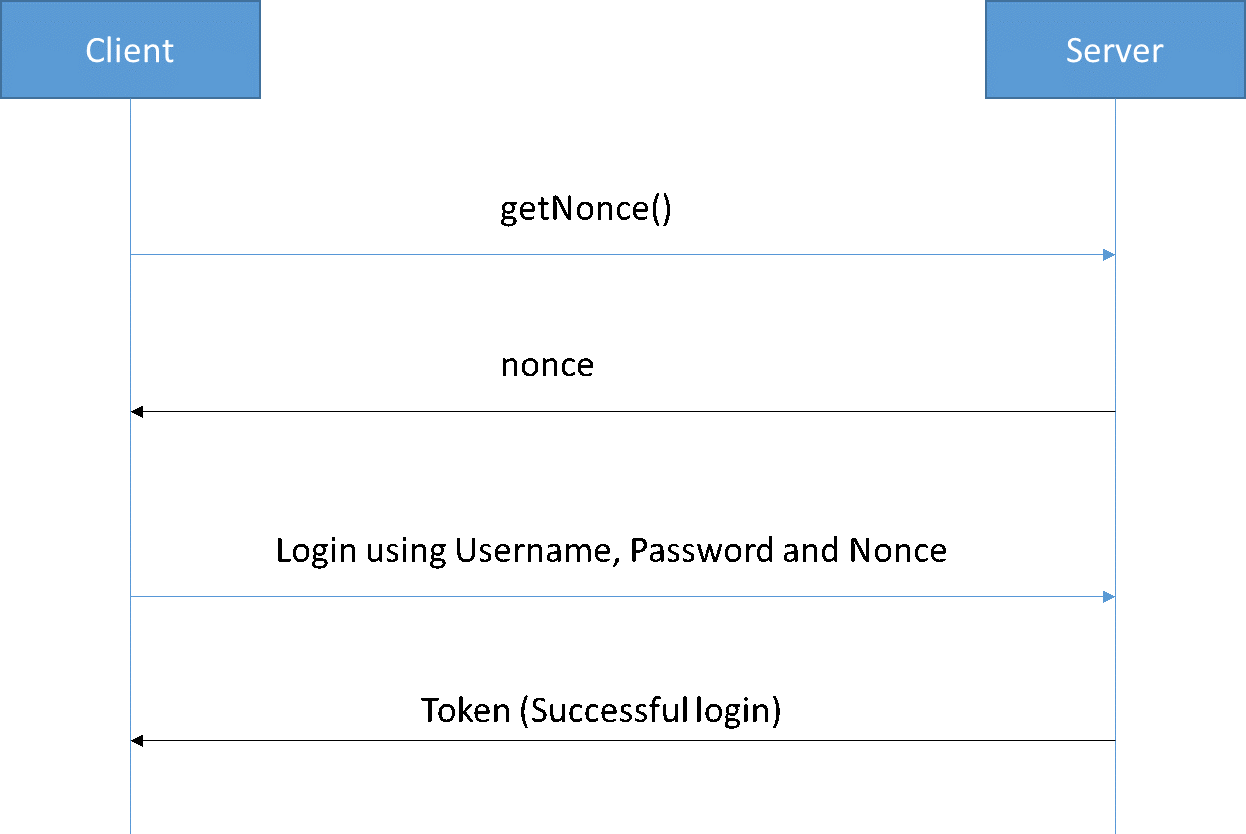 In the diagram shown above, we have tried to explain the use of nonce in a cryptic way of login.

The literal meaning of nonce, as we have discussed earlier, is “unique for particular occasion”. A nonce is a number which has to be guessed in such a way that when added before the hashed value of current block should produce a value whose hashed value is less than the difficulty (it is also a part of block and is regenerated for every block), its length should be equal to the hashed block length i.e. 64 character which is equal to SHA-256 length in case of Bitcoin.

How to Implement Nonce in Blockchain

As a programmer, you might be wondering how to implement a nonce in your blockchain. Here, we will just write a small script to show the use of nonce. We will be publishing a tutorial to develop a new blockchain end to end, and there we will try to explore the development part.

In the JavaScript code mentioned above, we have created an initial block (constructor) where the value of nonce is set as 0. In the mineBlock section, we have increased the value of nonce until hash target is reached. This is done to find the nonce and add the transaction block in the blockchain.

How a Miner Finds a Nonce

A miner follows the steps below to solve/find a nonce: