In SAP SmartForms, the form logic defines the data to be read from the database, the conditions, and controls the flow of the form output. The form logic is described by the form structure on the left pane of the Smart Forms interface. 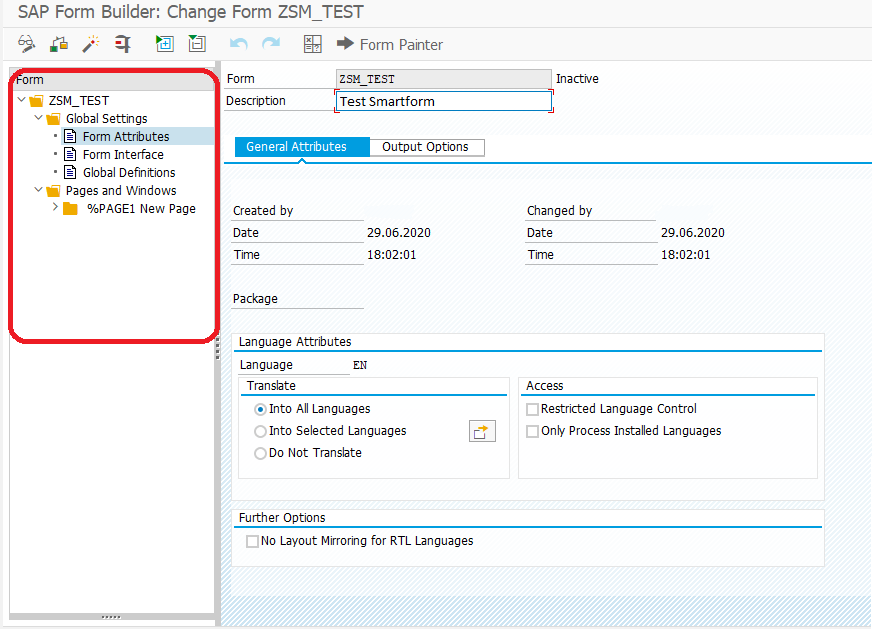 When a new Smart form is created, there are default nodes on the left side.  Global Settings and Pages and Windows are the two roots that are created by default for every Smart Form.

To define the form logic, a hierarchical structure has to be defined under Pages and Windows in Navigation Window. This hierarchy determines the rules for processing the Smart Form.

The form logic is used to control the flow of the form output. The following rules for form logic should be remembered: