To trace the SAP SmartForms processing, the SFTRACE transaction is used. When a trace is activated using the generated function module, the Smart Form stores the trace for each output in the database.  The degree of the details of the trace can be set. The trace is automatically deactivated after a day; however, the trace files are retained.  The trace output is user-specific which means it is activated only for the user who activated it.

The following settings are available if the trace is active:

This determines the degree of the details of the trace. Level 5 contains general information while Level 80 contains the most detailed trace.

The following are the trace levels:

Activating and Configuring the Trace

The trace is deactivated by default. To trace the form, trace has to be activated and configured. Steps to activate and configure the trace: 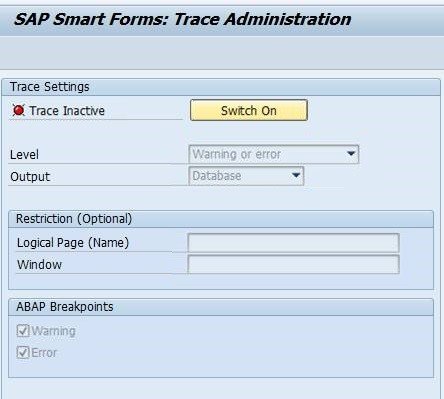 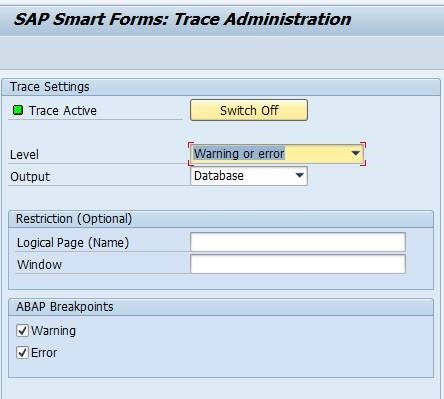 Traces are stored in the Traces in the database frame of the SFTRACE transaction window. Use the Refresh button to get the updated trace.

To analyze the trace in the system: 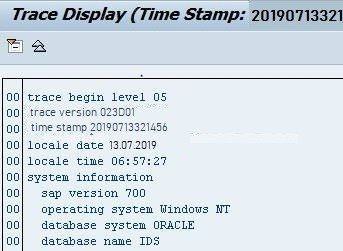 The traces can be stored locally by selecting the Export   button. To read the locally stored trace, select Read trace from local file button.