What is A Block in A Blockchain

A block in a Blockchain is the smallest unit which contains list of records known as transaction data, a timestamp (i.e. a  UNIX time) and cryptographic hash (mainly SHA-256) of previous block (hash converts the previous block data into a fixed length of random data).

The first block of a blockchain is known as Genesis block. This process of saving block is as shown below: 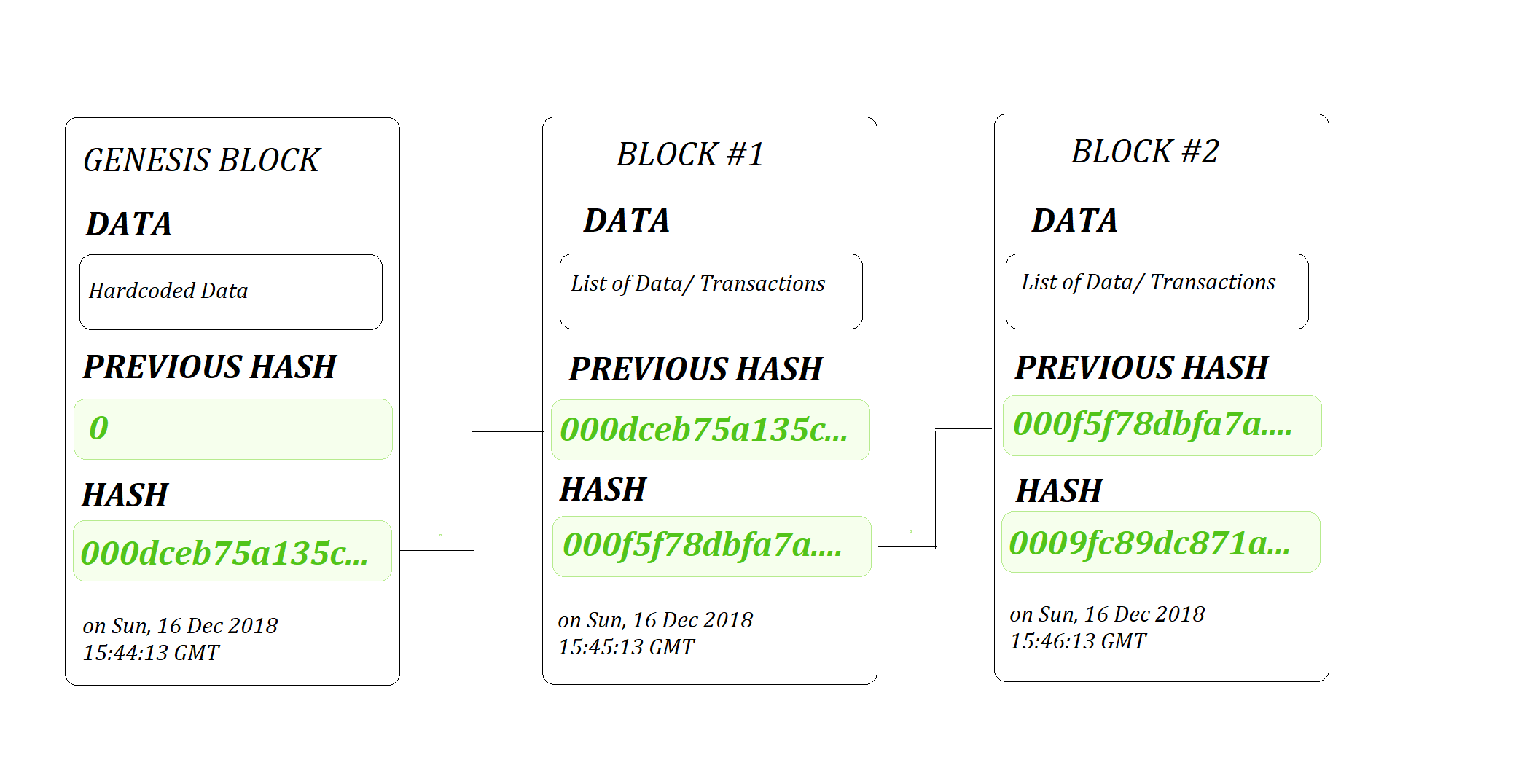 The literal meaning of Genesis is origin. Hence, it is the origin block of any Blockchain. Since there is no previous block, hence the value is always hard coded. Since no previous block existed before it, hence the previous hash remains ‘0’ or null in this situation. All the transactions are maintained in the later blocks and the next block will store the Hash value of Genesis block in the “previous hash” section as shown in figure above. 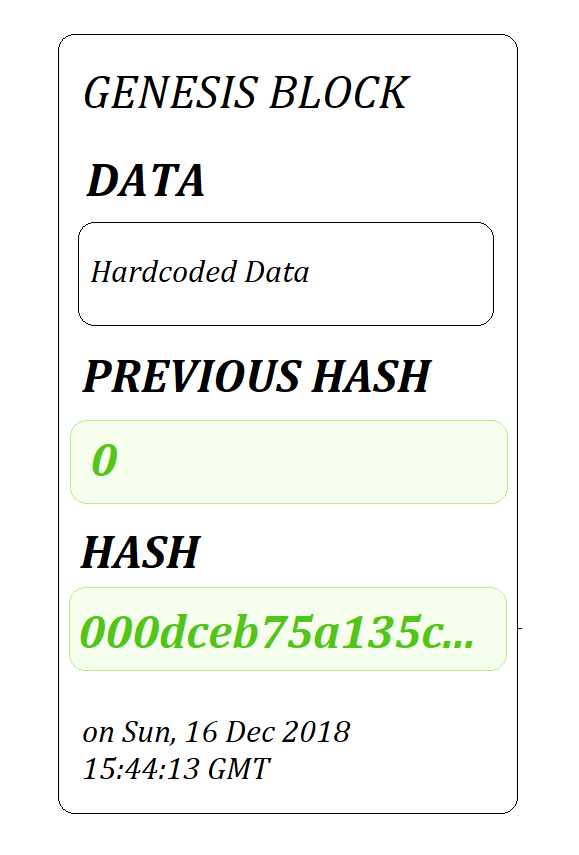 How a block is created in Blockchain

The Genesis block, as discussed above, is created by default. All the records for given period are stored in the first block. Then Hash value of current block is created. This hash value is stored in a new block. In this these two blocks are connected. This new block saves hash of previous block, new records and hash of its own records.

Important Topics associated with a block

Hashing is a cryptographic process in which an algorithm converts a variable length string to a string of fixed length. Bitcoin uses SHA-256 algorithm to achieve the same.

All the transaction records of a blockchain are stored as Transaction Data in a block.

A Merkle tree represents data (in this case hash key of our transaction data) in a form of leaf and child node. Blockchains utilizes Merkle tree to store transactional data.

A timestamp in a blockchain is a converted value of GMT. Blockchain stores data with Unix Timestamp.

According to oxford dictionary, the literal meaning of a nonce is “unique for particular occasion”. A nonce is a cryptographic term mainly discussed in terms of Bitcoin. It decides the difficulty level of blockchain’s block mining.

A consensus in a Blockchain is a mechanism used by miners to validate a transaction based on general agreement (agreement of more than 51% miners in Bitcoin).