What is a Quantum Computer?

What is a Quantum Processing Unit?

A Qubit is the fundamental part of a QPU. All the operations in a QPU are performed on Qubits. Now, we would like to point out at the very beginning that many architectures exist to arrange Qubits on Quantum Processors and all of them have their advantages and drawbacks. As of now, no architecture is proven to be better in terms of efficiency for all kinds of problems. Some promising contending architectures include Superconducting, Photonic, and Trapped ion. Now, we realize these names may sound daunting but just keep a lookout for these in the literature until we eventually discuss each architecture in more detail.

What is a Quantum Computer?

In the previous sections and modules, we talked about Quantum Computers very abstractly. There were no rigorous proofs or mathematical formulas to actually give you a technical context into the inner workings of Quantum Computers. Here, we will not go all maniac on you with mathematical formulas but we will give you enough to demonstrate our point more clearly. Don’t worry if you don’t understand all of it at once. We advise you to go through this section and do some additional readings we provide at the end of this module.

We will start by defining and representing a Quantum State mathematically. A Quantum State is represented using a vector. The vector represents the probability of the qubit being in that state. A two-qubit system can be represented as shown below.

The Quantum States are described using the bra-ket notation. We will discuss it in detail, for now “| ” also known as “ket” is used to specify that 0 and 1 are quantum states.

Representation of a Quantum State

A pure Quantum state is a superposition of classical states written as,

Where, is a complex number representing the probability amplitude of each state in |.

A quantum state |∅⟩ is a vector in this space, usually written as an N-dimensional column vector of its amplitudes:

Example of a Quantum Computer: D-Wave 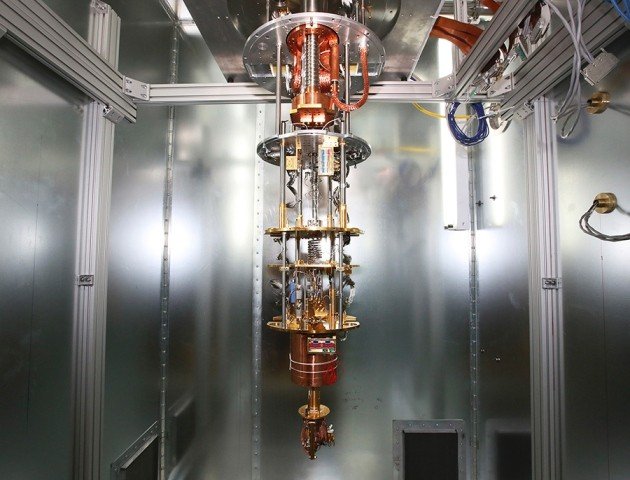 The D-Wave Quantum System is implemented superconducting qubits. There are two models based on which Quantum Computers can be built:

D-Wave has commercialized its quantum services through its cloud platform Leap. With their latest QPU (Quantum Processing Unit) containing over 5000 qubits, D-Wave is indeed a major player in the Quantum arena.

With this, we conclude this module. In the next module, we will discuss important Quantum Phenomena like Superposition, Entanglement, Interference, and teleportation in detail.