Let’s take a look at how programming models are changed over the years:

Figure 1: The evolution of the ABAP Programming model

The model is based on CDS, BOPF and SAP Gateway. It reduces the complexity with advanced SEGW option reference data source (RDS) to expose the scope of the CDS model to an OData service.

Additionally, it supports service to transactional applications. To enable transactional services we need to provide the special annotation that links the CDS model to the corresponding BOPF framework model which supports transactional oriented behaviour via artifacts:  validations, determinations and actions.

Both CDS and BOPF are different in nature and as they both are modelling frameworks; you must need to maintain both in parallel. CDS is a typed framework that is embedded in ABAP design time and runtime where type checking is done at design time, in contract BOPF is very generic and most of the errors happen at runtime which is difficult to debug. Also, while developing a typical standard application, many artifacts are created which adds to the complexity while implementation or changing model parts. To overcome this limitation of the ABAP Programming model for SAP Fiori, SAP ABAP RAP model was introduced.

What is SAP RAP?

In simple words, SAP RAP is a new way to develop Fiori Applications based upon HANA features. This programming model uses ABAP programming methodology.
It uses the following:
1. ADT (ABAP Development Tools in eclipse or HANA Studio): This is used to develop tasks

2. CDS (Core Data Services in eclipse or HANA Studio): This is used for the implementation of business object layer

3. A New Framework: This is used to handle business logics. It generates web APIs that can be consumed by Fiori or any other applications.

The rough diagram of SAP RAP is shown below: 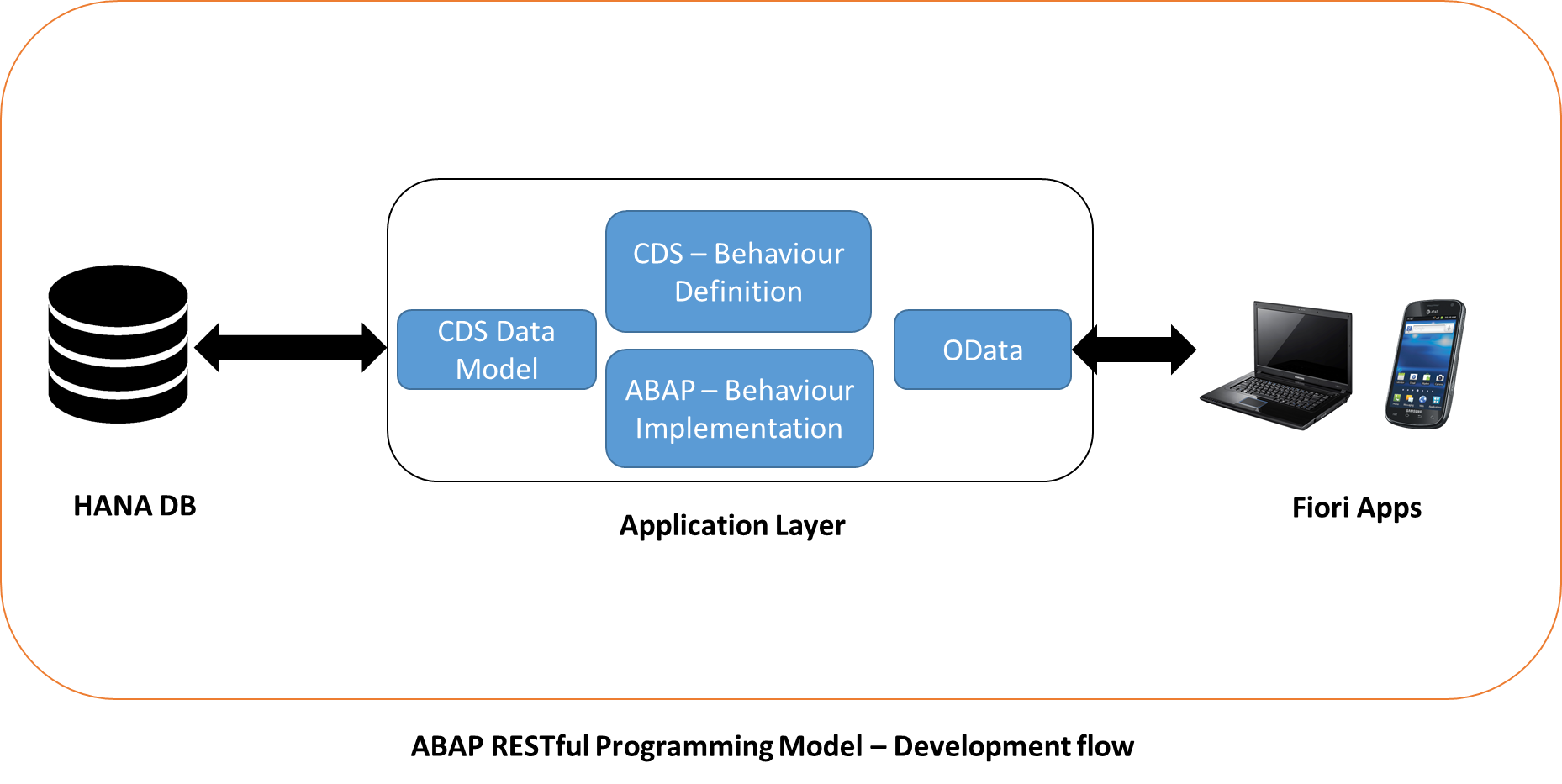